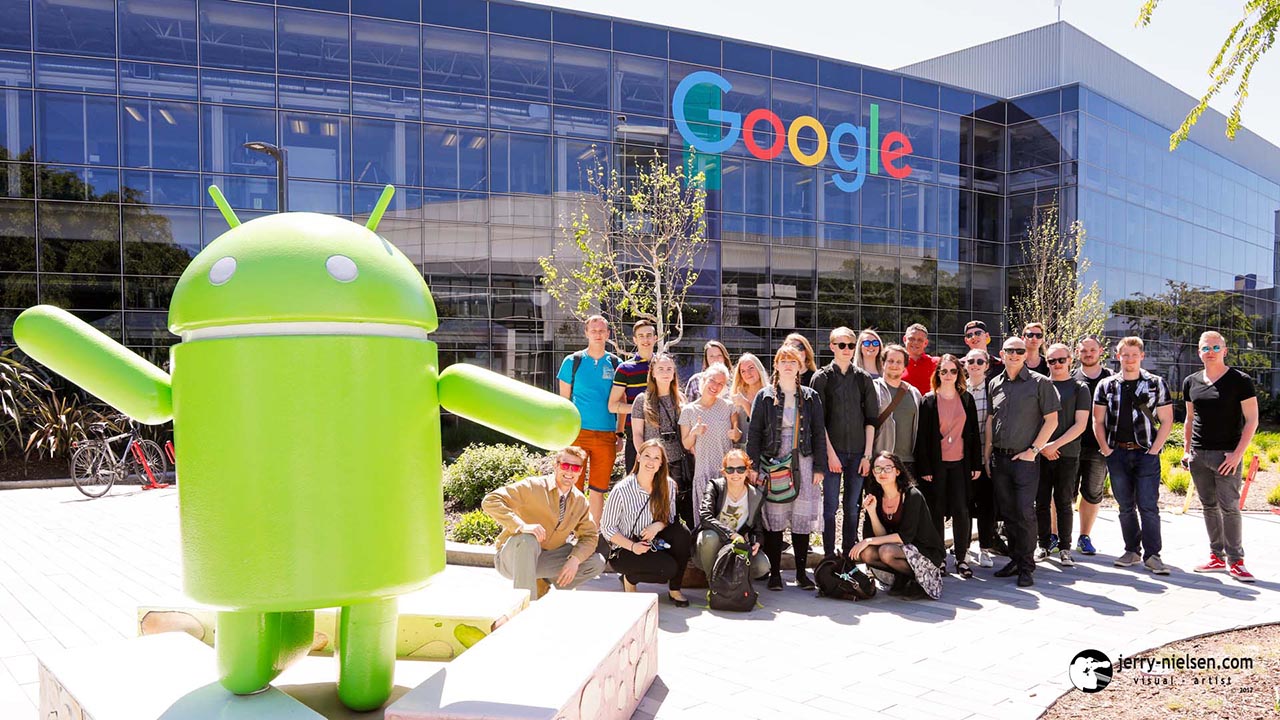 Google, which we visited, after we had seen the garage where Silicon Valley first started. Where William Hewlett and David Packard developed their first product in 1938. Mountain View is Googles global HQ, a huge complex and is also known as Googleplex. Here too they look after their co-workers, with an assortment of cafes and micro kitchens, as well as on-site fitness centres. There is even wellness and healthcare services on-site, including shuttle busses with Wi-Fi, to bring people to and from work. We were shown around by a couple of ladies, who were working as designers in Google Kids. In March, Google launched a new app Family Link to help parents manage the apps children can use. To help them keep an eye on how much time their child spends on screen, and even remotely lock their child’s device. They also showed and explained about internships, and the process of applying to Google.

Googleplex, is an open complex, with loads of unique types of modern architecture around. Including some funny things, like Stan, Googles own T-Rex! A model, auctioned off by the former owners of the area. Also, an Android Statue Park, just outside the Google Shop, with unusual types of Android statues.

Goggle did have their icons around the complex, but again not so many, which again surprised me. I really was expecting icons everywhere. To re-enforce to co-workers, where they were working, and how lucky they were to be here.

Both Google and Facebook, seemed to have a very open relationship about work, they both gave the message that they appreciated their workers enormously. Especially in regard, with shuttle busses to and from San Francisco and other places, free restaurants, and other extras. But, on the flip side, I would imagine that there would be the pressure of keeping a certain level of achievement, as there are thousands who would love to take their place.
At the end of an exhausting, but informative and exciting day, it had been a fantastic experience to visit both Google and Facebook Head Quarters. 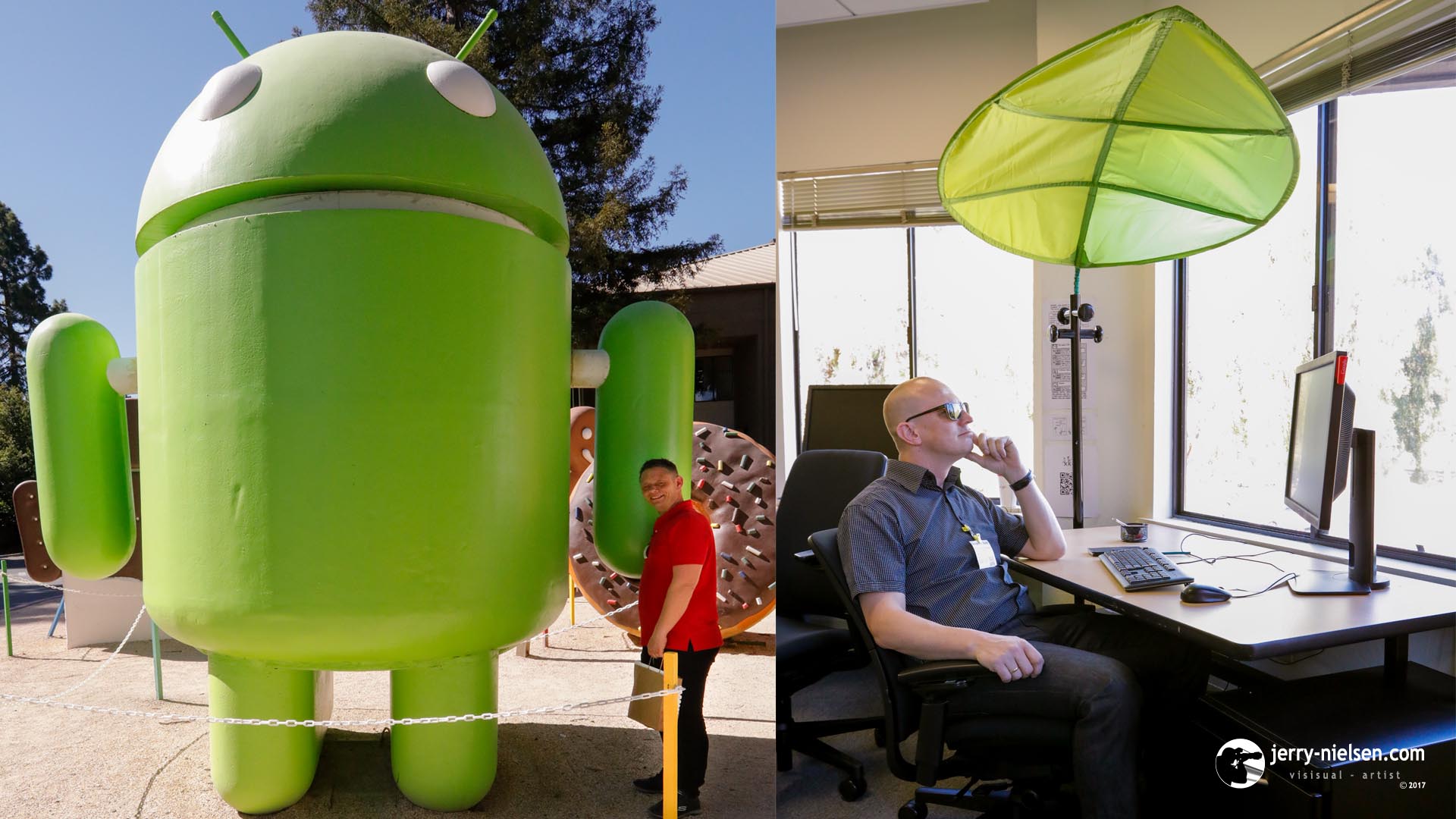 Even They Have Dreams!

Google Slideshow
About the author