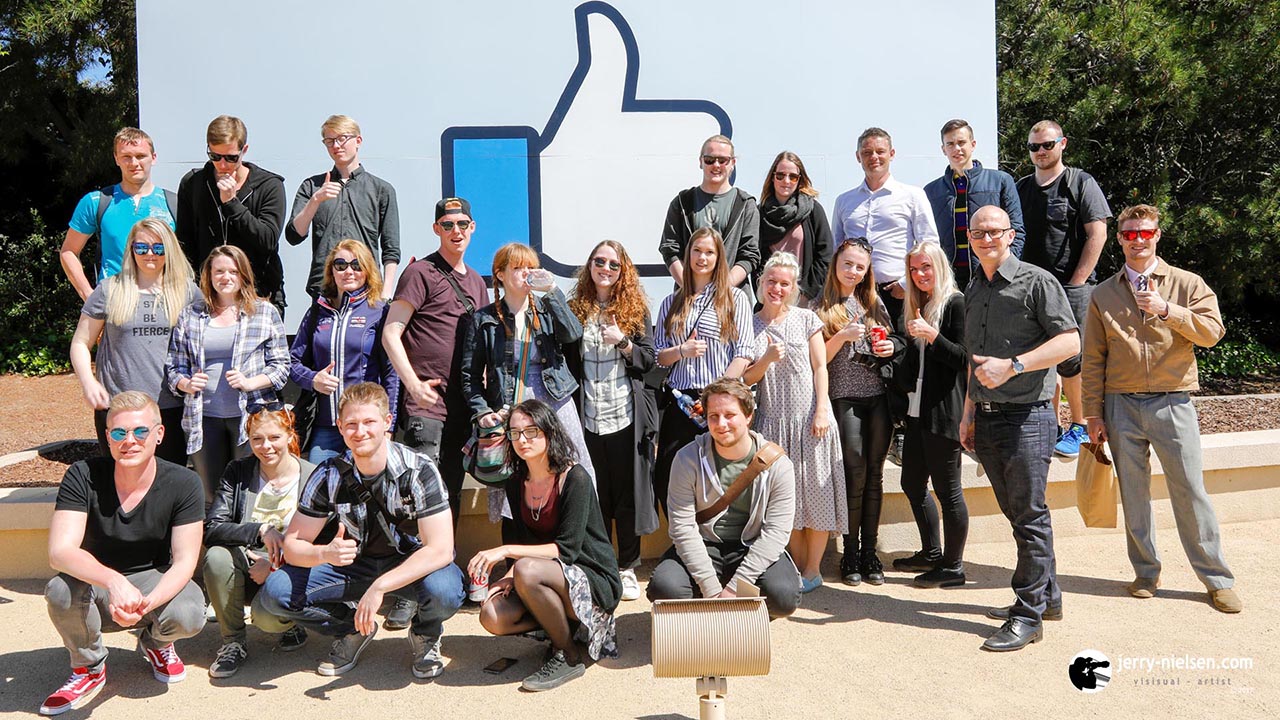 IBA Kolding arranged a study-trip to San Francisco this April 2017. For a group of 24 students and 2 tutors. This was to visit and experience the workings of some of the world’s leading.  Social Media, Software Design and Multi Media companies. The big names being, Google, Facebook and LinkedIn.

Our first trip was to Silicon Valley, about an hour’s drive from San Francisco. To visit Facebook and Google, two major firms that have a huge global impact in their different fields.

Facebook which we all know to be the largest social media network. They have their headquarters in Menlo Park, it has the largest open-office work-space in the world. Unfortunately, we were not allowed to photograph or film it inside. Though there are plenty of photos on the internet. There are no cubicles, walls or partitions, just some white boards around. This is meant to make for an open, fluid and informal environment. People can move from desk to desk to share ideas, but it was still quieter than one would think. There is no one in Facebook that has a private office, and that includes Mark Zuckerberg. But they do have conference rooms.

This is where we met, some of the co-workers from Facebook. Too hear how they worked and asked them questions, from the marketing and product design departments. It turned out that they are not all working in the areas that they have studied and trained in. This shows Facebook’s open-mindedness and flexibility. Which is also seen in their working hours, where one can work whenever one wishes. Facebook´s co-workers are certainly well looked after. In that they have several free restaurants, gym´s, a free computer repair shop. Even transportation to and from work. As well as a bike repair shop and a games room. This certainly seems to help for a stress-free work environment. I would say that I did feel an energy in the air around us.

The other thing that I noticed was the lack of Facebook icons. I really expected them to be all over the place, but there were hardly any! I also was impressed by the architecture of the buildings, which we could photograph. The complex was designed by the architect Frank Gehry, with input from Mark Zuckerberg himself. 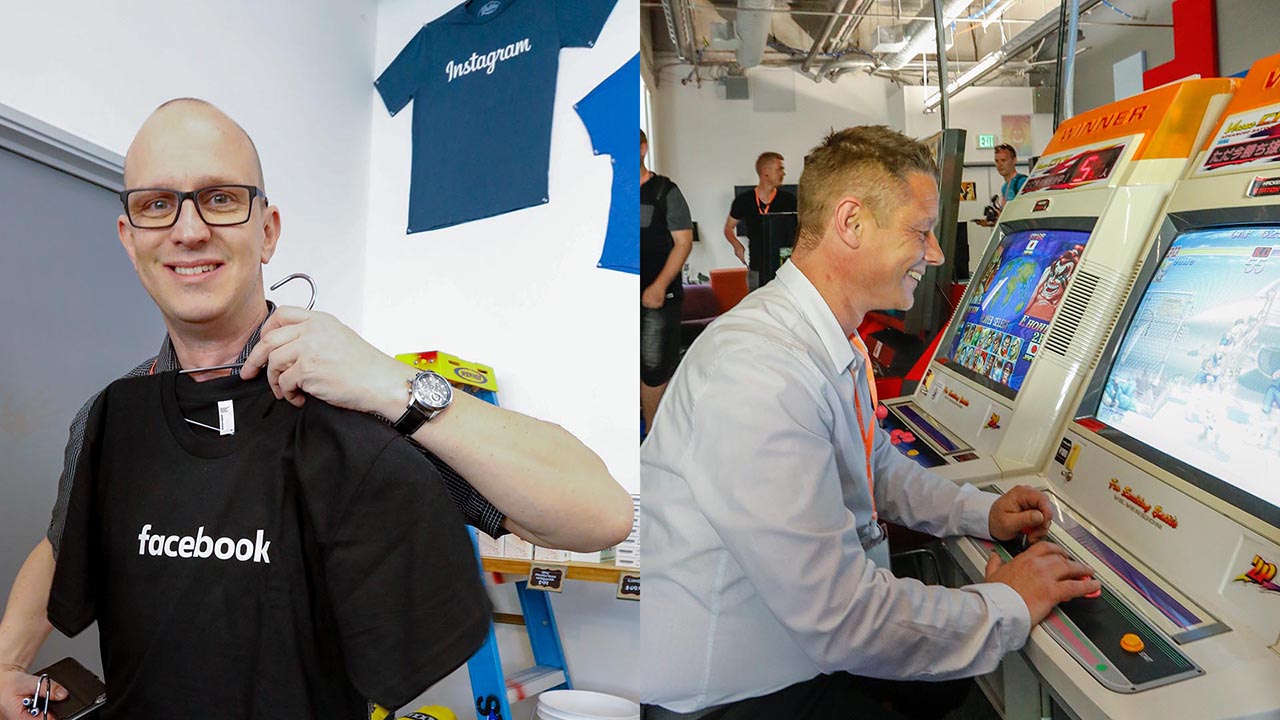 The Reason Why They Came!